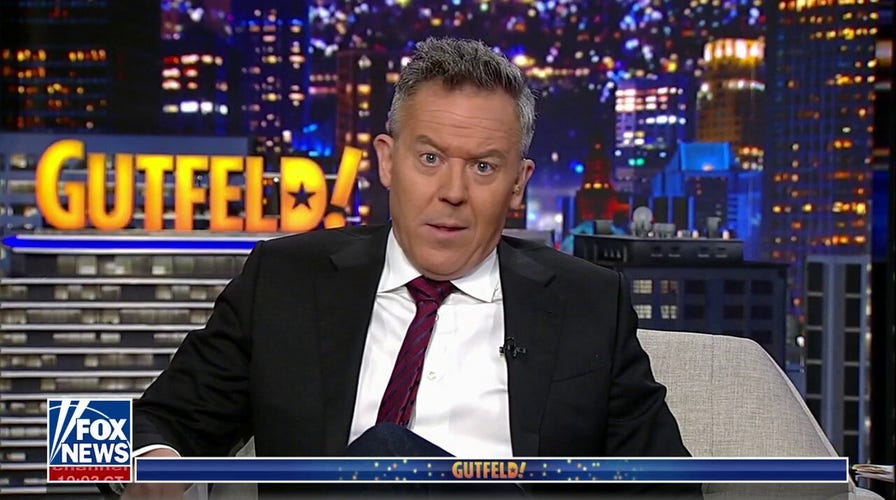 Happy Tuesday. It’s October 11th, 2022, which means it’s time for, ‘If it happens up there. We report down here. You’re watching Gazoombagate: Canada 2023. Week 4.’ As you know, we’re the only show that keeps diligent tabs on the Ontario transgender teacher with the oversized prosthetic breasts and saucer-sized nipples. I’m not sure what that says about us, but we’re just trying to keep you abreast.

A recap. She, was once a he, began identifying as female last year and started wearing massive prosthetic breasts to class.

GREG GUTFELD: Is it all a long troll or was it just a mistake converting bra size from inches to metric? One thing’s for sure if there’s a shop class that requires protective goggles, this is it. It’s the story of the shop class teacher whose wearing super jumbo, never-existed-in-reality, prosthetic breasts to class. In the unlikely event of a water emergency landing, your shop teacher can be used as a flotation device.

How none of that appeared on ‘Special Report.’ I hear it’s because Bret’s more of a leg man. So welcome to Canada, where you can’t spill identity without titty. It’s nipples are so pointy, you’d think one pumped diesel and the other unleaded. Hey Canada, throw a wool cap on those before someone gets hurt.

I’m sorry. We’re trying to tackle this topic with some measure of professionalism, and that measure is 68 triple D. But I apologize if we’ve got you seeing double.

So what’s happened since our last report? Actually, not a lot. There’s still no interview with the teacher. I mean, you’d think she’d want to get this off her chest. Even I hate that one. Granted, news travels slow from a third world country like Canada. But we still don’t know if this is indeed a real thing, a prank or a prank gone wrong. True, it could very well be, as Kat predicted, a game of chicken. And if it is chicken, Colonel Sanders would marvel at the size of those breasts. I feel dirty.

But it could be. It could be a teacher sick of the woke BS deciding to see how far he or she could push it. And the school, in response said, ‘Sure, we’ll play along, buddy.’ Now the teacher is stuck wearing fake breasts the size of Minneapolis and Saint Paul for the rest of his or her life. Yeah. I’ve heard of tit for tat, but in this case, her cups runneth over.

Part of me is dying inside. Can you see it? But there might be a bigger reason why no one’s talking, and not because they were motorboated into silence. It’s that even mentioning the teacher’s clothing is discrimination. So everyone plays it safe, avoiding truth, and instead only expressing support for people of all gender identities and expressions because anything else could get you sued. One expert points out discrimination may even occur when addressing – just addressing – the matter. The Ontario Human Rights Tribunal, which has broad powers, especially over this broad, can ‘award damages based on injury to dignity, self-respect and even feelings,’ but nothing about lower back pain.

But it’s good to see free speech is alive and well in the People’s Republic of Trudeau. But all of this feels a little scammy. And if you don’t believe me, well, let’s follow the money. Well, Planned Parenthood ran a recent video promoting the use of puberty blockers for children who might experience gender confusion.

PLANNED PARENTHOOD: If you’re transgender or non-binary, you may find that your puberty experiences don’t line up with your gender identity or how you see yourself. That feeling can be uncomfortable, scary and stressful. If that sounds like you, know that you’re not alone. There are medicines you can take to delay puberty for a while. They’re called puberty blockers.

So if Planned Parenthood can’t get you in the womb, they’ll get you when you get out. But I guess as abortions declined, they had to diversify. Meanwhile, a Harvard hospital, which performs what they call gender affirmation surgery, contends that babies can know they’re transgender in the womb. Even the dumb ones who end up going to Yale.

KERRY MCGREGOR: Most of the patients that we have in the clinic actually know their gender, usually around the age of puberty. But a good portion of children do know as early as seemingly from the womb. And they will usually express their gender identity as very young children, some as soon as they can talk. Kids know very, very early.

First of all, never trust a doctor who talks like a 15-year-old valley girl. Second, how do you know they know? Did you look at a sonogram and see a fetus pointing to his penis and shaking his head no? This broad should lose her job.

Meanwhile, Vanderbilt University just suspended trans surgeries for kids after the department head boasts of it being a cash cow, saying, ‘These surgeries make a lot of money. Charging female to male chest reconstruction at 40 grand, while a patient on hormones could rake in thousands.’ She adds, ‘Gender reassignment surgeries could support an entire clinic offering up to 100 grand for the hospital.’

No wonder you find gender reassignment centers sponsoring Halloween parties for children. That should make for a confusing Halloween night. And who are you supposed to be, little boy? Well, this isn’t a costume, bitch. And these **** are real. Now, hand over the Twix.

So it’s not just about identity, it’s about profit. Create the idea that there’s a problem, then offer the solution and incentivize doctors to find patients. Now, of course, there are legit trans. But this explosion in gender precariousness suggests something else. Rather than seriously addressing people with dysphoria, it’s now just a moneymaking fad with permanent repercussions. And for every healthy organ removed, a doctor gets new hair plugs.

The kids don’t stand a chance, especially when they see the attention they get from this. That’s a payoff too, and activists and therapists cultivate the validation. Before you know it, parents are sucked into a consequential crisis. The kids are literally scarred for life. Now, no parent actually believes their healthy child needs to have their genitals removed. Well, my dad did once when I spilled paint in the garage. But it’s such an insane thought that these specialists have to overwhelm them with fear that you’re not affirming your child. And so everybody keeps a tight lip and don’t talk about the kids. Don’t talk about the male inmates in female jails or male athletes winning female sports. And please don’t bring up the teacher with giant boobs.

But hey, if you can’t tell male from female anymore, what else can they get you to believe? I think in the end, we’re going to remember this moment as a pretty important one. I know I’m definitely going to look back at this just to see how I used to look as a male.

Greg Gutfeld currently serves as host of FOX News Channel’s (FNC) “Gutfeld!” (weekdays 11PM/ET) and co-host of “The Five” (weekdays 5PM/ET). He joined the network in 2007 as a contributor. He is the author of several books. His latest is “The Plus: Self-Help for People Who Hate Self-Help.” Click here for more information on Greg Gutfeld.

Judge Jeanine Pirro on the impact abortion will have on female voters: Women don't vote on only one issue

Apple's iPad finally gets the upgrade we've been waiting for, just don't look at the price

Judge Jeanine Pirro on the impact abortion will have on female voters: Women don't vote on only one issue

Apple's iPad finally gets the upgrade we've been waiting for, just don't look at the price

[ad_1] The basic and most popular iPad Apple has ever