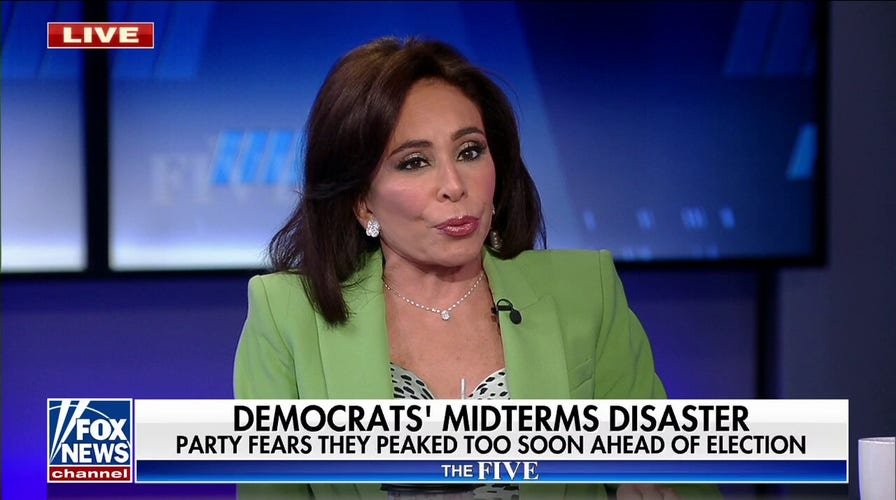 Fox News’ Judge Jeanine Pirro Tuesday ripped the Democratic Party for focusing on abortion and the overturn of Roe v. Wade and said female voters care about more issues than just abortion as the midterm elections approach on “The Five.”

JUDGE JEANINE PIRRO: I want to talk about the abortion issue for just a second. I think it is so, so important. First of all, people think that women vote on one issue only, and they don’t. And it is about time that they recognized women as more than just women who are concerned about people concerned about abortion.

They were so invested in this issue after the official decision was leaked by the Supreme Court that they allowed for the disruption for months, six weeks, seven weeks after the decision came out, of people going in front of the justices’ home, the attempted assassination of Justice Kavanaugh, and all of the outrage. That’s how they were playing it out. So it wasn’t just the ads, and of course they spent millions, you’re right, ahead of time on ads on abortion.

But they made the world, America at least, look at all of this lunacy that no one was buying into because the people were watching it, had to go to the store and figure out how much money they had for dinner for the week for their kids and how far they could drive.

So you know what, they [Democrats] may have peaked too early. And it’s not just that they peaked too early, I think the Republicans are seeing and have a hand on what’s going on.