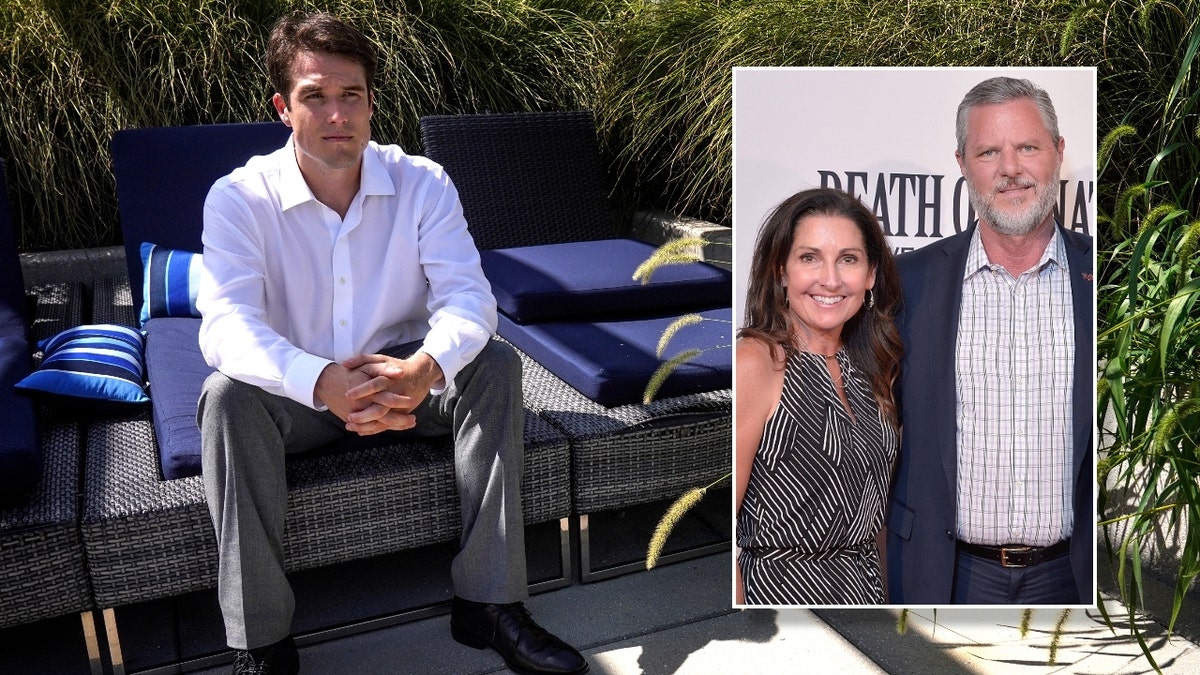 A former Miami pool boy is calling former Liberty University President Jerry Falwell Jr. a ‘predator’ after he alleges Falwell sent him a nude photo of a student exposing herself and had participated in three-way video calls with him and his wife.

A former Miami pool boy is speaking out about his affair with former Liberty University President Jerry Falwell Jr.’s wife, Becki Falwell, in a new documentary.

Falwell Jr.’s fall from grace began in 2020 after Giancarlo Granda, a younger Falwell family business partner, said he had a years-long sexual relationship with Becki and that Jerry would participate as a voyeur, scandalizing the private evangelical Christian college community that Falwell Jr. once served.

“They have a public image, but behind the scenes, they’re freaks,” Granda, who worked as a pool attendant for the Fontainebleau Hotel on Miami Beach in 2012, says in a trailer for the new Hulu documentary, “God Forbid: The Sex Scandal That Brought Down a Dynasty.”

The former hotel employee adds that he didn’t know who the Falwells were, and had he known what his affair with Becki would turn into, he would have rejected her advances, he continues.

“They had no idea that their dad liked to record his wife having sex with me,” Granda says of Falwell’s children in the trailer.

The documentary details Granda’s accidental introduction into the Falwell family’s lives, his steady entanglement in their professional and personal affairs up until 2020, and the fallout that rocked the Christian community after news of their scandals made headlines. Falwell Jr. eventually resigned as president of Liberty in August 2020. He also filed a defamation lawsuit against the school, which he dropped soon after.

Granda was a 20-year-old college student when he met the couple.

“Becki [Falwell] approached me and invited me back to their hotel room to have sex while Jerry watched,” Granda told Fox News in a 2020 interview. “After that night, Becki actively pursued me.”

He was “afraid for a long time and was constantly reminded by the Falwells of how they would come after” him if he spoke up about what happened, Granda said at the time. He added that they lived a lavish lifestyle of “heavy drinking and going to nightclubs, which is strictly prohibited by the honor code that they expect everyone else to follow” at Liberty.

The Falwells have not denied Becki’s affair with Granda, but Jerry Falwell maintains that he did not participate in their relations. They have also alleged that Granda was trying to extort them for money.

Audrey Conklin is a digital reporter for FOX Business and Fox News. Email tips to [email protected] or on Twitter at @audpants.

[ad_1] Surveillance video released by a concerned mother appears to

Liz Truss ‘must help’ up to 3.8 million women hit by pension delay