Townhall reporter on Portland’s ad campaign: ‘There’s a reason I only go there for work’

Townhall senior writer Julio Rosas reacted Tuesday to a newly released ad campaign to attract tourism to Portland, Oregon as the city experiences continued unrest and rising crime. The ad, which appeared in the New York Times, urged tourists to travel to the city to “be yourself.”

PORTLAND SEEKS TO MEND IMAGE AMID POLICE UPROAR, CIVIL UNREST WITH AD CAMPAIGN: ‘YOU CAN BE YOURSELF HERE’

JULIO ROSAS: There’s a reason why I only go to Portland for work and not for any vacation. This is unfortunate that they’re having to resort to beg people to come to the city because the fact remains that Portland is prone to riots on top of the crime wave that a lot of other cities are experiencing. And so obviously people are gonna be hesitant to come to the city and that’s just because the city officials, at a minimum, tolerated the riots and at worst they did encourage some of them at certain points last year.

I mean, you had Mayor Ted Wheeler, he didn’t even call out ANTIFA by name until the beginning of this year.

WATCH THE FULL INTERVIEW BELOW 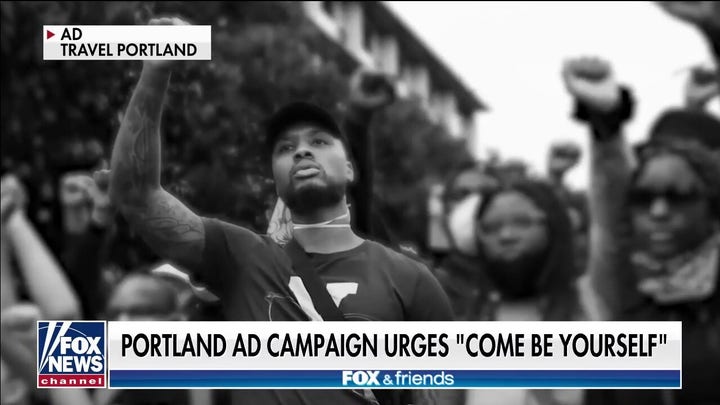 'Really does work!' Experts share 99p hack to get rid of flies, moths and spiders

[ad_1] WASHINGTON – An advocacy group with conservative ties is

EU warned: Either Italy succeeds or Brussels bloc faces 'threat of crises like 2011'

Travel news: Countries that could go green, amber and red this week