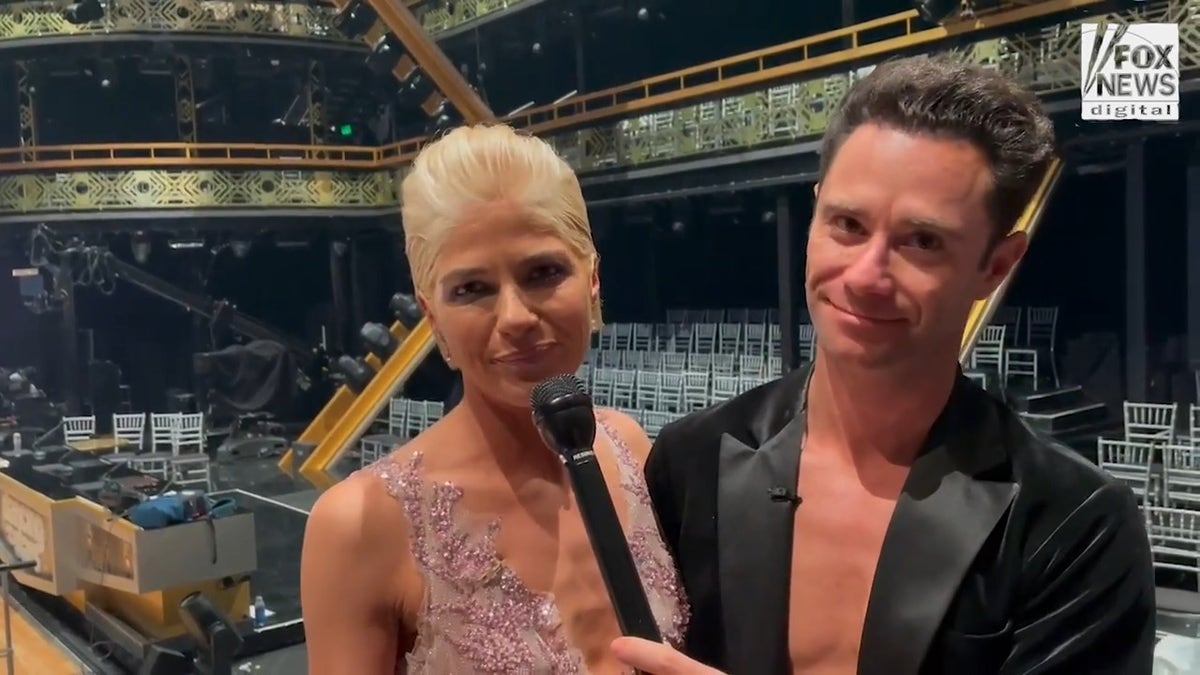 While actress Selma Blair said goodbye to her “Dancing with the Stars” journey, the “Cruel Intentions” star has left a lasting impression on the competition show.

“This has been such an awakening in ways that I didn’t think would happen in my lifetime,” Blair exclusively told Fox News Digital.

“I didn’t think I’d even have this earnestness in my lifetime to genuinely want to do this and forgetting even my disabilities or my chronic illness.”

Blair, 50, announced that she would be leaving the dance floor due to health concerns.

The “Legally Blonde” star was diagnosed with multiple sclerosis in 2018 and expressed it was “scary” to be open about her illness on “Dancing with the Stars.”

“To be embraced by these people, my heart’s broken in the best way. Thank you, everybody.”

Blair’s partner, Sasha Farber, said there are not “enough words” to express “how proud” he is of Blair this season.

Meanwhile, past and present “Dancing with the Stars” contestants sent Blair off with well-wishes, including alum Derek Hough.

“Selma having to leave is the responsible thing to do. It’s the right thing to do. However, it’s sad. It’s very sad,” Hough told Fox News Digital.

“Her reputation behind the scenes was impeccable… She was so gracious.”

Country star Jessie James Decker continued to say that her “Dancing with the Stars” colleague was a true “inspiration to everyone.”

“It was emotional. We were all sobbing because it’s not just about her story, but because we love her…she is such a light in our lives, and we’re going to miss her.”

DANCING WITH THE STARS’ JESSIE JAMES DECKER ON ‘STRUGGLING’ TO FIND BALANCE: BEING ‘MOM IS FIRST PRIORITY’

Arnold Schwarzenegger’s son, Joseph Baena, pointed out that he “gained a good friend” from participating in “Dancing with the Stars” with Blair and that he wishes her the best.

Musician Jordin Sparks added that Blair was “incredibly inspiring” to everyone.

“I wish she was staying, but I completely understand why she has to go…injuries and being a mom… there [are] so many different things…. But I love her.”

“Jersey Shore” star Vinny Guadagnino noted that Blair was “the best” and the “most down to earth.” He laughed about how she would fist pump with him and how “awesome” she is.

One of Blair’s biggest fans is her 11-year-old son, as he continued to cheer his mom on week after week.

“I’m really proud of my mom for what she did tonight, and just score a perfect score of 40…that’s the first person to do it. I thought it was really amazing.”

Everyone would love a perfect pearly white set that shines

easyJet passenger fumes after being banned from flight over passport blunder